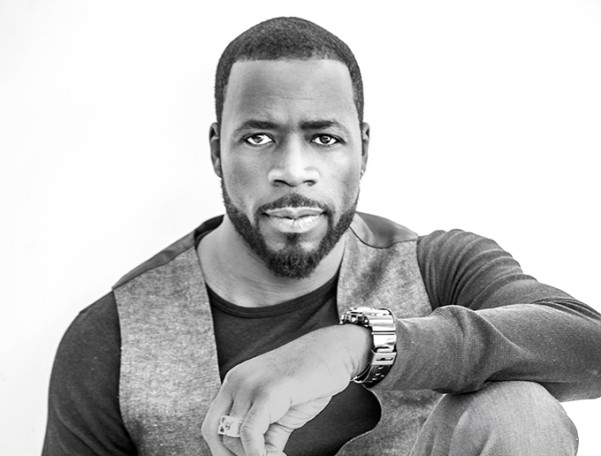 Lena: January is usually great because of Justified. You were so good in it as Errol. It was such a great show. What did you think about the way they ended it?

Demetrius Grosse: Oh, thank you. It was bittersweet. It was one of the first shows that I got to work on consistently. It was a great atmosphere with people at the top of their game. It was very, very popular among people of different demographics. I was always surprised by the different kinds of people that were fans of the show that would come up to me and talk to me about the show. It had a wide net of an audience. I was really thankful that the producers brought me back for the last show. It was a great experience.

Lena: Have you seen Timothy Olyphant in The Grinder? [They had some Justified jokes thrown in there for Timothy.] He’s so funny in it and it made me miss Justified even more.

Demetrius Grosse: Oh, yeah with Rob Lowe and Fred Savage. During our run Elmore Leonard passed away, so there was just a lot of spirit and high morale for the show. It was one of those shows that everybody was in it to make it great. It was a great experience.

Lena: 2016 is already a busy year for you. You have Game of Silence coming out on NBC and Westworld on HBO.

Demetrius Grosse: We don’t have a premiere date for Game of Silence or Westworld yet. Also 13 Hours: The Secret Soldiers of Benghazi [January 15] and a movie called Samaria—it will definitely be an exciting new year.

Lena: I’m looking forward to Game of Silence where your star alongside Michael Raymond-James (Terriers). What can you say about the series and your role as Terry?

Demetrius Grosse: It will be very similar to Mystic River. It’s kind of a revenge thriller. I play a character that is not your typical villain. He has a daughter who he cares about very deeply. He’s very sophisticated in his approach to the depth of his activity. The show is really classic as to what you would think of as a cable show in terms of material, but it being on NBC may give us an opportunity to capture an audience that wants that kind of grittier material but honestly doesn’t have cable or they want the grittier material with thicker plot lines but without all of the gratuitous sex and violence. There is a little bit of violence but I think it’s all done very tastefully. It’s going to be interesting to see how an audience receives a show like this that could have easily been on HBO, Starz, Showtime, or AMC. To have it on a major network like NBC well, it will be really cool to see how it plays out. 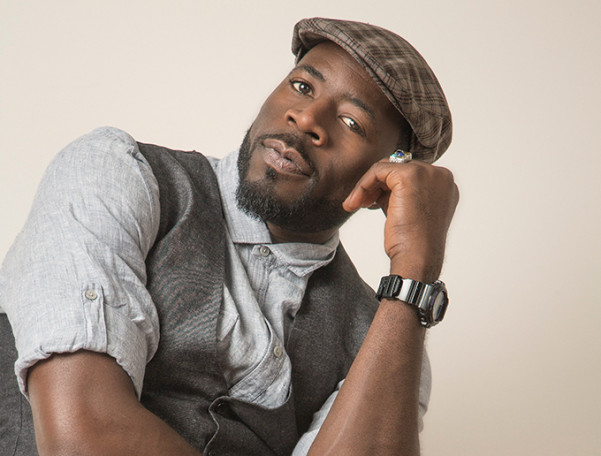 Lena: Westworld looks really interesting and it’s based on the 1973 film. The previews are fantastic and the filming looks gorgeous.

Demetrius Grosse: Yes, they definitely pulled a lot of tricks out of the bag. At that time, the lead writer was Michael Crichton and it was a concept that was way ahead of its time. I mean to go to an amusement park that was populated by robots. I think at the time it was fantastical and far-fetched but now in countries like Japan, even here if you think about Universal Studios, it’s very current. I think that speaks to the pivotal position that we have as storytellers that it could be visionary. The things that seemed far-fetched as ideas could also be in a lot of ways almost prolific or just the far end of what people may be conscious of in that moment but may be very possible. I think that’s also what makes a story good, when it has just enough of a reality, especially something science fiction, if it has just enough of a reality to draw people in with just that little, “Could that really happen? Would that really happen?” I think that activates the imagination.

Lena: What was it like working with that amazing cast?

Demetrius Grosse: It was a dream come true. I got a chance to work with Jeffrey Wright, who is an outstanding actor. I found out that we are from the same hometown. We are both from D.C. Thandie Newton, James Marsden, and of course Anthony Hopkins. I didn’t get to share any screen time with Anthony but I got to talk to him a little and observe his process. That’s something that is priceless—to be alongside somebody whose talent is so graduated that he became a knight. It’s a blessing to be able to around that level of expertise.

Lena: I can’t wait to see that one.

Demetrius Grosse: Me too. I haven’t seen any of it, just performed it. 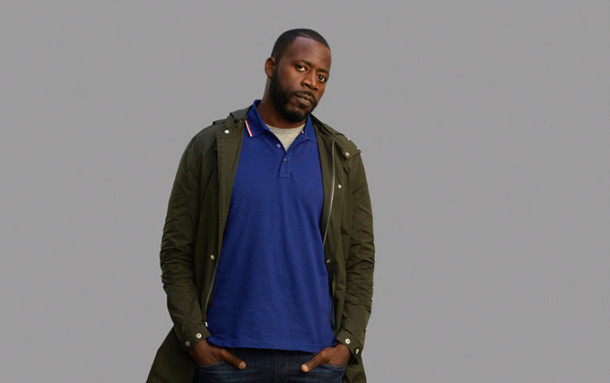 Lena: Do you know when Godfrey is coming out?

Demetrius Grosse: We are still working on it. We don’t have a release date for that one yet.

Lena: It’s great that you also write, produce, and direct.

Demetrius Grosse: We have a documentary, a follow-up to the Katrina tragedy, Last Cry for Katrina. We are now looking to get it on Netflix and Amazon for people to be able to take a look at it. Producing is definitely a thing that not only interests me but I feel like a responsibility especially for people who come from ethnic backgrounds who have a different voice, a voice that is sometimes not heard in our industry. It’s important for us to create stories. I’m also working on another TV project right now. I always encourage young actors to tell their own stories and do their own research and find ways to get their voice out there. To get behind the camera and in more of those power positions of being a creator or a writer. I’m just trying to practice what I preach. I do encourage the people and kids that I talk to, to make sure that they are writing as well. Everybody wants to be in front of the camera and that’s great because it’s an exciting life but I think it’s also important to have their voices heard and their stories heard and to be in positions where they can hire people. I’ve always thought that this industry responds the most to those who create jobs for other people.

Lena: I would think that being behind the camera would also help with acting too because you get to see another perspective.

Demetrius Grosse: Absolutely. Writing Godfrey, a different nuts and bolts ideology about how to break down a screenplay, is knowledge that I took away from writing a feature that you couldn’t learn in a school. There is an osmosis that happens by doing that that can’t be taught. Definitely thinking about the other elements and practicing the other elements of filmmaking outside of acting, if acting is going to be your pinnacle passion, will only inform it won’t detract from that experience of your craft. It will only add. Especially now, we are in a business that really needs ethic minorities’ voices. With the success of Shonda Rhimes and Lee Daniels shows we are seeing that audiences from all different backgrounds want to hear about other cultures. With Eva Longoria’s show on NBC, she’s broadening the outwardness of the Latino community on a major broadcast level. I think it’s important for our kids to definitely get their stories out there and not be intimidated by the fact that they don’t often see themselves represented on television. It takes a little trailblazing but if we didn’t have that we wouldn’t have chartered as we’ve come even thus far.

Lena: Maybe someday soon we will even get your Marvin Gaye project?

Demetrius Grosse: Oh wow, you did some research. Yes, I hope so. I am also looking at doing a potential Benjamin Banneker project. Those are two biopics that I’ve researched extensively on my own accord. It’s quite funny because I’ve been toying around with the idea of a Marvin Gaye project and a Banneker project and I’ve been having conversations with the people who are readily involved in making those things happen. It will just be how and when that comes into fruition. I was always taught that attraction is better than promotion so the more you do something the more you work towards something. The more you graph yourself into something the more likely it is to come into fruition.

Lena: You’re an amazing singer with a musical theater background so you would be perfect in the role.

Demetrius Grosse: The thing with me is that I’m very hard on myself. One of my mentors is Billy Porter, so the bar is set so high. When the time comes for me to play Marvin, or someone like that, I’ll definitely have some great mentors to help me hit those notes. I’ll definitely have people around me to help me get to where I need to be.

13 Hours: The Secret Soldiers of Benghazi is in theaters now.