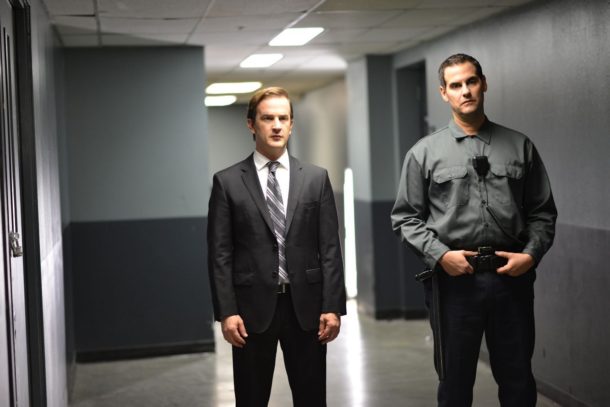 FBI Agent Griff Krenshaw (Speight Jr) is sent to a top-secret prison and research facility where the U.S. government has segregated federal inmates possessing the so-called “evil gene,” a rare genetic defect that triggers violent, psychotic breakdowns in those who carry it. As Griff attempts to investigate the death of the facility’s head researcher, he becomes convinced that there’s an evil force at work in the prison . . . and it isn’t human.

Lindsey Ginter (Argo), Anthony L.Fernandez (The Wedding Ringer), Gene Gabriel (The Boatman), Ted Heyck (Criminal Minds) and James Crosby (NCIS) co-star in a thought-provoking chiller that stays with you until the black kicks in.