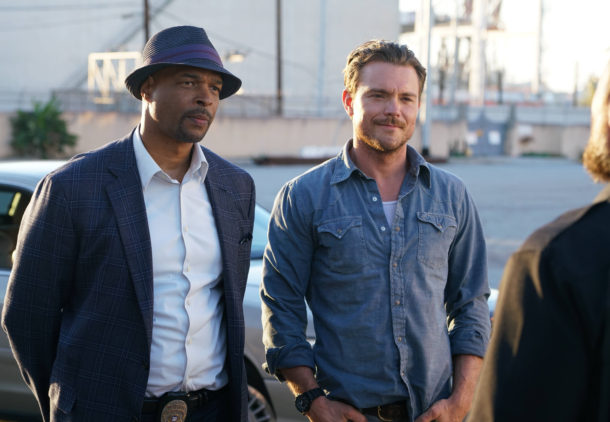 Get ready because FOX has your Wednesday nights locked down. Who can resist the pairing of Lethal Weapon and Empire? Talk about a very interesting crossover concept. You know Cookie (Taraji P. Henson) would definitely bust out her broom. Oh, how I adore that no nonsense woman. Lethal Weapon is an action-packed series based on the popular films. Clayne Crawford (The Baytown Outlaws) and Damon Wayans (In Living Color) are your new Riggs and Murtaugh. Breaking Bad fans are in for a treat because Skinny Pete (Charles Baker) makes an appearance in Wednesday’s episode. He’s going incognito but that doesn’t stop him from meeting his match. Don’t miss the series premiere of Lethal Weapon, which airs Wednesday night at 8/7c on FOX. 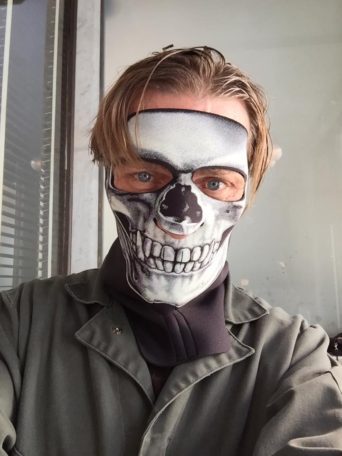 I’ll be the first one to admit that reboots can be a chore to watch. It’s not too often that they are even remotely done right. This series shows promise. A couple of episodes in and I still want the characters to survive, so there’s that. That is always a plus. How can you watch a show if you have no interest in the well-being of at least one of the characters? You just can’t. The cast is well put together. Clayne Crawford makes one hell of a hair-tousling madman. I always found myself rooting for him. His brothers from The Baytown Outlaws would be so proud of his reckless ways. Damon Wayans brings out a different side of Murtaugh. Let’s just hope that Murtaugh refrains from using the toilet. I don’t think I could handle that again. 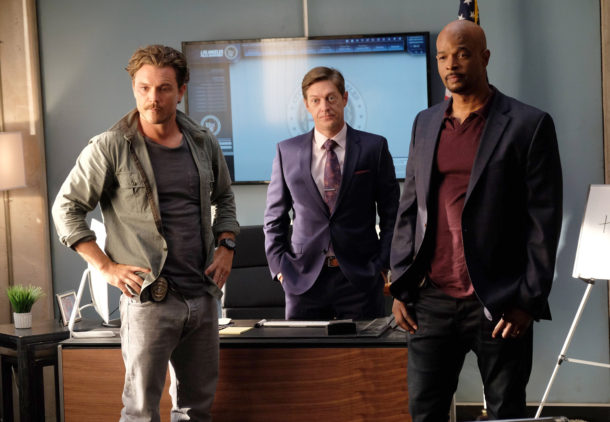 The series opens with action and heartbreak. They ripped that band-aid off rather quickly. You see Riggs doing what he loves and losing what he loves, all in a matter of minutes. Fast-forward to six months later and you witness Murtaugh’s first day back on the job. He had to take some time off to recover from heart surgery. Well, this is when the series really gets good because his captain is none other than that creepy jerk, Bob Paris, from Bates Motel. YES! Kevin Rahm plays Captain Brooks Avery. Nestor Carbonell really needs to makes an appearance at some point. Captain Avery has some very musical chairs that help get his point across. I’m really looking forward to how he’s going to deal with Riggs and Murtaugh as the season progresses. They love to talk in circles and are definitely going to keep him on his toes. They will have a lot of explaining to do. Brilliant casting!

Riggs and Murtaugh’s first meeting goes exactly how you would expect it to go. Riggs just can’t be stopped. His passion is his saving grace and his downfall. Will Murtaugh ever get used to Riggs’ showboating ways? Riggs wins me over every time he posterior pats Murtaugh.

One of the highlights of the series is how we get more of a backstory on Riggs. He has therapy sessions with Maureen Cahill (Jordana Brewster). They offer some more perspective on the challenges that he’s facing. She is not afraid to push him.

Something just doesn’t seem right about the case that they are investing. They just jump in, and I mean that literally. The action just doesn’t stop. I wasn’t at all surprised that McG directed the pilot. He knows action. There were scenes straight out of This Means War. That’s the film that has Reese Witherspoon tasked with choosing between Tom Hardy and Chris Pine. Who the hell could make that decision? Anyway, expect that kind of action, minus all of the naughty stuff. I’m sure that will come in future episodes. How else is Murtaugh going to relive some stress? 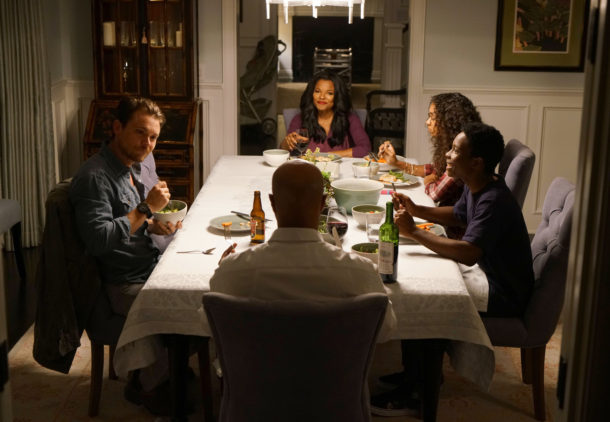 When Riggs shows up at Murtaugh’s door, his gorgeous wife invites him in for dinner. There is a lot of that. Trish Murtaugh (Keesha Sharp) runs the show. You find out more about her in the second episode. I already love her.

The first episode does a good job of getting you acquainted with the characters. It’s definitely a retelling of the original story. I enjoyed the pilot and the second episode is even better. It’s a fun series with a lot of heart. It puts things in perspective. It’s definitely worth checking out on Wednesday night.