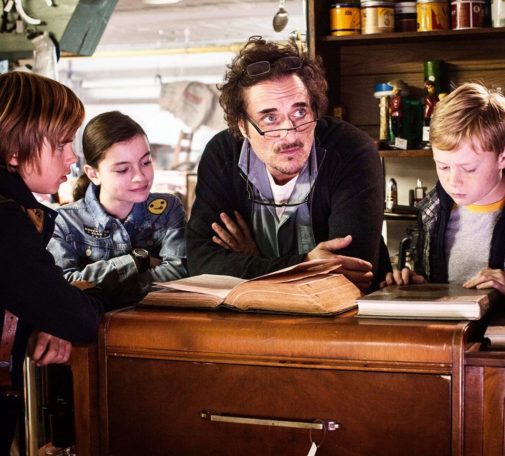 The Adventure Club will be in theaters and available on VOD on February 10. Ricky with his friends, Sandy and Bill, call themselves The Adventure Club. Local legend has it that Ricky’s grandfather once found an ancient puzzle box that when opened would grant the holder a series of wishes. One night Ricky, stumbles upon a hidden drawer in the attic and inside he finds a skeleton key and a map.  Could this be the adventure Ricky and his club mates have been waiting for? The Adventure Club will soon find out!

with KIM COATES as OZZIE

and BILLY ZANE as LANGLEY

Opening on February 10 on demand and in these theaters: