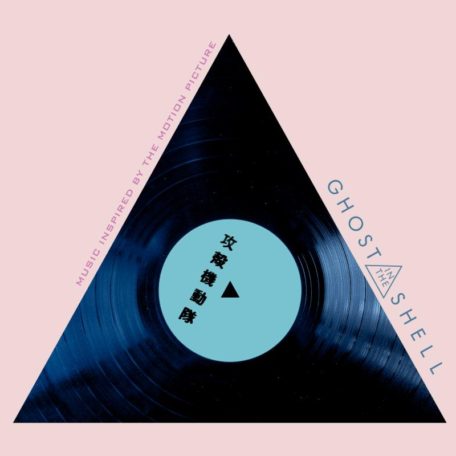 From the pages of the original 1989 Japanese manga by iconic Masamune Shirow to the 2017 Paramount Pictures, DreamWorks Pictures and Reliance Entertainment’ big screen adaptation of Ghost in the Shell starring Scarlett Johansson as its heroine, this immortal tale seamlessly lends itself to the ebb and flow of electronic music. 2017’s official soundtrack album, Music Inspired By The Motion Picture Ghost In The Shell [Paramount Pictures via Kobalt Music Recordings]–due out on March 31–threads together 12 tracks elegantly befitting of Major’s unpredictable cybernetic war and personal journey to uncover the secrets behind her dark past.
Pre-order for the album launches March 17 at: https://ghostintheshell.lnk.to/album
The world of Ghost In The Shell naturally echoes with a synthesis of automated sounds, industrialized textures and cyberpunk artistry. Fans get a taste of music from this inspired by album immediately upon pre-order with the Steve Aoki 21st century remix  of Kenji Kawai’s original theme from the 1995 anime entitled “UTAI IV-Reawakening” and the slinky buzz and pop composition  “Escape” from revered vanguard, trip-hop godfather Tricky.
The record assembles a cadre of electronic icons from some of today’s leading acts such as Steve Aoki and Above & Beyond to pioneers including Gary Numan, Tricky and DJ Shadow. To quietly introduce this powerhouse compilation, Richmond, VA producer and remix wizard Ki: Theory covered Depeche Mode’s “Enjoy The Silence.” With its stark and stirring transmissions of vocal emotion and production magic, the song soundtracked the film’s very first trailer, which cumulatively amassed over 30 million YouTube views in just under four months.
Elsewhere, German producer and DJ Boys Noize delivers an ominous synth romp in the form of “Cathryn’s Peak,” which segues from a delicate build into a hypnotic harmony. Chart-dominating GRAMMY® Award-nominated English trance maestros Above & Beyond contribute the subtle, yet sharp classically-induced dreamscape of “Surge,” and Johnny Jewel explores a myriad of dark aural corners with “The Hacker,”  “Free Fall” and “The Key.” Adding his own flare, DJ Shadow treads through the melancholic melodies of “Scars” [feat. Nils Frahm]. Finally, a Gary Numan gem “Bed of Thorns” fits snugly within this cross-generational dance music mosaic.
The complete track listing for Music Inspired By The Motion Picture Ghost In The Shell is:
01) Kenji Kawai- “Utai IV Reawakening” (Steve Aoki remix)
02) Johnny Jewel – “The Hacker”
03) Boys Noize – “Cathryn’s Peak”
04) DJ Shadow ft. Nils Frahm – “Scars”
05) Above & Beyond – “Surge”
06) IO Echo – “Aokigahara Forest” (Album Only)
07) Tricky – “Escape”
08) Ki: Theory – “Enjoy The Silence” (Album Only)
09) Johnny Jewel – “Free Fall”
10) Gary Numan – “Bed Of Thorns”
11) Johnny Jewel – “The Key”
12) Kenji Kawai- “Utai IV Reawakening”
About Ghost in the Shell
In the near future, Major (Scarlett Johansson) is the first of her kind:  A human saved from a terrible crash, who is cyber-enhanced to be a perfect soldier devoted to stopping the world’s most dangerous criminals.    When terrorism reaches a new level that includes the ability to hack into people’s minds and control them, Major is uniquely qualified to stop it.   As she prepares to face a new enemy, Major discovers that she has been lied to:  her life was not saved, it was stolen.   She will stop at nothing to recover her past, find out who did this to her and stop them before they do it to others.   Based on the internationally acclaimed Japanese Manga, “The Ghost in the Shell.” Paramount Pictures/DreamWorks Pictures/Reliance Entertainment Present Ghost in the Shell, directed by Rupert Sanders, due for release March 31st 2017.
#GhostInTheShell
Instagram:@GhostInTheShell
Twitter: @GhostInShell
Facebook: /GhostInTheShellMovie
Tumblr: GhostInTheShell.tumblr.com