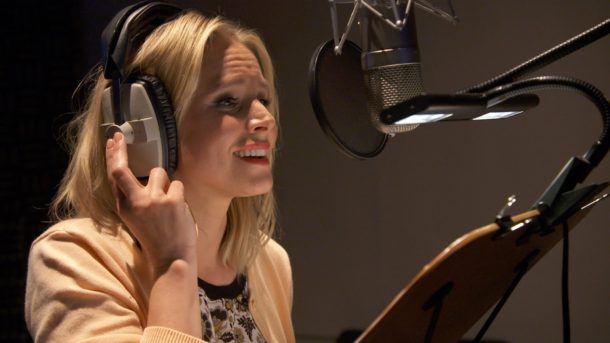 Netflix announced today that actress and singer Kristen Bell recorded “Tell Me How Long” for the upcoming original documentary Chasing Coral, directed by Jeff Orlowski. Written by Dan Romer and Teddy Geiger, the song is a rousing plea about the climate crisis and the devastating phenomenon silently raging underwater – the global bleaching of coral reefs.

“I was moved and inspired by Chasing Coral and its message of hope for our planet’s future,” said Kristen Bell. “I feel a responsibility to care for the Earth in whatever way I can and I was honored to lend my voice to the original song. As we strive to make a better world for our children, I hope this film will ignite real action in advancing climate solutions in our global communities.”

Romer’s previous film scores include the Oscar-nominated Beasts of the Southern Wild, Gleason, Finders Keepers, and the Emmy-winning Jim: The James Foley Story. “Tell Me How Long” co-writer Teddy Geiger is a singer-songwriter and producer, known for his compositions “Stitches”, “Treat You Better”, “Mercy”, and “There’s Nothing Holdin’ Me Back”.

Actress and singer Kristen Bell can currently be seen in the NBC comedy series “The Good Place.” She is also known for voicing and singing the role of Princess Anna in Disney’s Frozen, which she will reprise in the upcoming Frozen 2.

Orlowski’s previous film, Chasing Ice, received an Academy Award-nomination for Best Original Song for “Before My Time”, written by J. Ralph and performed by Scarlett Johansson and Joshua Bell.

Chasing Coral taps into the collective will and wisdom of an ad man, a self-proclaimed coral nerd, top-notch camera designers, and renowned marine biologists as they invent the first time-lapse camera to record coral bleaching events as they happen. With its breathtaking photography, nail-biting suspense, and startling emotion, Chasing Coral is a dramatic revelation that won’t have audiences sitting idle for long.

To capture the opportunity to spark action, Chasing Coral will be accompanied by an ambitious outreach effort to inspire the next wave of climate champions in the most unexpected places. For more information about the film and impact campaign, visit www.chasingcoral.com.

Netflix is the world’s leading internet television network with over 100 million members in over 190 countries enjoying more than 125 million hours of TV shows and movies per day, including original series, documentaries and feature films. Members can watch as much as they want, anytime, anywhere, on nearly any internet-connected screen. Members can play, pause and resume watching, all without commercials or commitments.