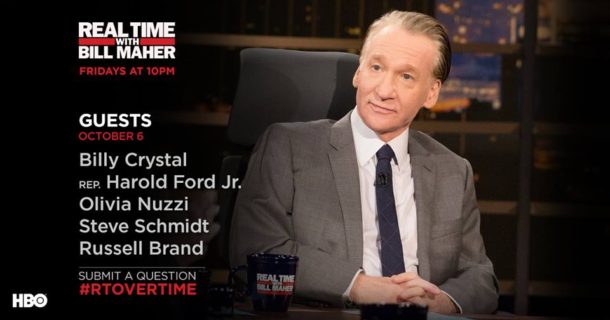 REAL TIME WITH BILL MAHER was recently renewed through 2020.

Maher headlined his first special on the network in 1989 and has starred in ten HBO solo specials to date. He is also an executive producer of the innovative news magazine show “VICE,” which is now in its fifth season on HBO.