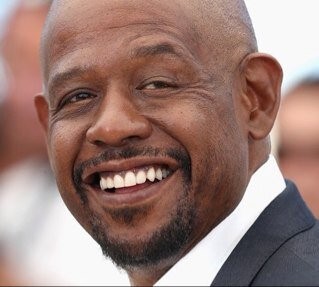 EPIX® has given a straight-to-series order for the ABC Signature Studios produced drama, GODFATHER OF HARLEM.

Written and executive produced by Chris Brancato and Paul Eckstein, the ten-episode series will star Oscar® winner Forest Whitaker who will also executive produce through his company Significant Productions.  Production will begin later this year with an eye towards a 2019 premiere on EPIX.

GODFATHER OF HARLEM tells the true story of infamous crime boss Bumpy Johnson (Whitaker), who in the early 1960s returned from ten years in prison to find the neighborhood he once ruled in shambles.  With the streets controlled by the Italian mob, Bumpy must take on the Genovese crime family to regain control. During the brutal battle, he forms an alliance with radical preacher Malcolm X – catching Malcolm’s political rise in the crosshairs of social upheaval and a mob war that threatens to tear the city apart. GODFATHER OF HARLEM is a collision of the criminal underworld and the civil rights movement during one of the most tumultuous times in American history.

“We read the script, and met with Chris, Paul and Forest, and knew immediately that this show was perfect for EPIX,” said Michael Wright, President, EPIX. “It’s an exciting and relevant story, brought to life by passionate, extraordinary talent and a great studio in ABC Signature. It’s exactly the kind of series we want to put on EPIX as we build awareness and expand the network’s distribution across the country.”

According to Patrick Moran, President, ABC Studios, “EPIX is the perfect home for the fascinating and timeless story of Bumpy Johnson. We’re so appreciative of the unwavering enthusiasm and passion that Michael and his team have brought to the project. Chris and Paul’s script is phenomenal and we’re thrilled to have Oscar winner Forest Whitaker on board to produce and star.”

“GODFATHER OF HARLEM,” said Whitaker, “is a show with powerful relevance to the issues we face today – gang violence, police brutality, opioid addiction and racial politics in a divided country. I’m grateful to have the opportunity to bring this character to life and to work with Michael Wright, the EPIX team, and ABC Signature, alongside excellent writers and producers.”

GODFATHER OF HARLEM is executive produced by Forest Whitaker and Nina Yang Bongiovi along with Paul Eckstein, James Acheson and Markuann Smith.  Chris Brancato will serve as showrunner.

ABC Signature Studios is a division of ABC Studios spearheading development and production in all cable and streaming platforms. The artist-driven arm provides a year-round destination for development and production across the cable and streaming landscape. Most recently, Signature and Hello Sunshine received a straight-to-series order from Hulu for the event limited series “Little Fires Everywhere,” with Reese Witherspoon and Kerry Washington attached to star and produce. The project is based on the New York Times bestselling novel by Celeste Ng, who will also produce. Signature’s new series include “Marvel’s Cloak & Dagger,” a co-production with Marvel Television premiering on Freeform this June, as well as Amblin TV and ABC Signature’s “All About the Washingtons,” which is currently in post-production for Netflix. These projects join a robust slate of returning series such as their critically acclaimed comedy “SMILF,” for Showtime, “black-ish” spinoff “grown-ish,” for Freeform, and “Marvel’s Runaways,” for Hulu, a co-production with Marvel Television.

EPIX, an MGM company, is a premium pay television network, delivering the latest movie releases and biggest classic film franchises, plus original programming including series, documentaries, and comedy specials – all available on TV, on demand, online and across devices. Launched in October 2009, EPIX became profitable in its first year of existence and is now available nationwide to 70 million homes through cable, telco, satellite and emerging digital distribution platforms. A pioneer in the development and proliferation of “TV Everywhere,” EPIX was the first premium network to provide multi-platform access to its content online at EPIX.com and to launch on Xbox, PlayStation®, Android phones and tablets, and Roku® players. EPIX is also available across hundreds of consumer devices including Apple TV, iPhone and iPad, Amazon Fire TV, TiVo, Chromecast, and Android TV, delivering more movies than any other network with thousands of titles available for streaming. For more information about EPIX, go to www.EPIX.com. Follow EPIX on Twitter @EpixHd (http://www.twitter.com/EpixHD) and on Facebook (http://www.facebook.com/EPIX), YouTube (http://youtube.com/EPIX), Instagram (http://instagram.com/EPIX) and Snapchat @EPIXTV.

EPIX to debut 'Fall River' from Blumhouse on May 16
'Get Shorty' preview
'Tom Papa: Human Mule' premieres Friday at 8/7c on EPIX