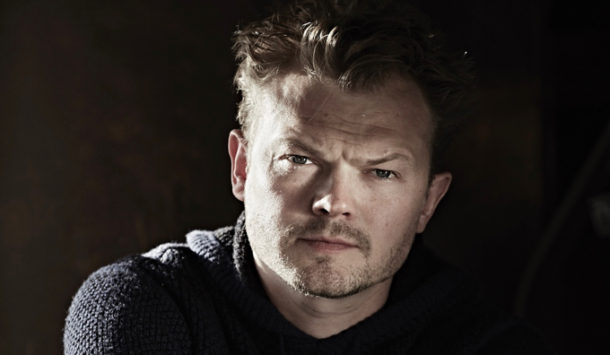 I spoke with Nikolai Nikolaeff about his role as The Prince in Six on History, Mark Wahlberg’s new action film Mile 22, working with the cast of Six, his sweet wardrobe, his glorious animal adventures, Australian bands, and so much more. Season two of Six premieres Monday, May 28th at 10/9c on History. If season one left you in tears, just wait until season two. The cast is phenomenal. I’ve always been a huge fan of Kyle Schmid’s work, but this season he’s an absolute beast in the best possible way. You’ll get to know a bit more about The Prince in episode two. Nikolai’s performance is powerful and I’m looking forward to seeing how the season unfolds. Six also stars:  Kyle Schmid, Barry Sloane, Edwin Hodge, Olivia Munn, Juan Pablo Raba, Brianne Davis, Nadine Velazquez, and Dominic Adams. Mile 22 opens in theaters on August 3rd.

Nikolai Nikolaeff: [Laughing] While I was filming Six, I moved around to a bunch of different apartments and the last one that I stayed at had a seagull that decided to make friends with me. He would land on my balcony and it was amazing to become friends with him. Every time I came on set the cast wanted to know what Frank was doing. They wanted to meet him and asked if I was going to take him back to Los Angeles. That was fun.

You guys could make the ultimate buddy comedy. [The Frank and Nikolai Show is just what the world needs right about now.]

Nikolai Nikolaeff: [Laughing] The last time I went to Australia, I went to a wildlife sanctuary and I posted some videos that you may have seen on Instagram. I have about fifty more and I don’t want to become known as the wildlife boy. [Laughing] People really do respond to them. I’m surrounded by amazing little animals. I have a nine pound little rescue dog that is sitting in my lap right now.

Nikolai Nikolaeff: My sister used to live about two hours outside of Melbourne, in the country, and they rescued a little wombat. His mother had been run over. They brought her up and named her Chloe. Picture a bowling ball, basically a small bowling ball in size, and when I kept going back to visit my family she had morphed into this giant thing. She was kind of the size of a small sheep. They couldn’t have her inside the house anymore so one of my memorable moments was getting out of the car in the dark. It was thundering out and I couldn’t see behind me but Chloe came rolling out of the darkness and smashed against my leg. She kept on wanting to hang out with me and the family but they wouldn’t let her in. We had to reintroduce her into the wild. I’m going to post a picture of a wombat that’s almost an exact replica of Chloe. 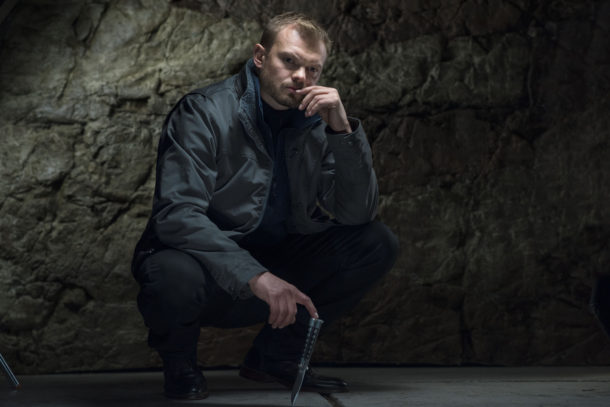 You’re starring in the second season of Six on History. I saw the first two episodes of season two and they are really good.

Nikolai Nikolaeff: The Prince is referred to in season one a number of times. It was interesting to step into his shoes and to bring him alive knowing that there were high expectations. What’s interesting about it is that they showed his backstory, which I think is really important. As with most stories, it has twists and turns and nothing is just black and white. People don’t begin life wanting to be the bad guy, and I say that very loosely, because this show sheds some light on murky areas. If there is one thing that I would like the audience to ponder a bit, through our actions, who is the bad guy? How does one become like that? The audience will ask themselves questions about if they had that crap go down, that he’s had to deal with, how they would handle it. Would they label me as the bad guy as a result? Am I just a family man? That’s personally something that was really special to me when I joined the show. When I got cast, I went back to season one and realized that we are all part of something very special.

What is it like playing a character that everyone wants a piece of? Everyone is looking for The Prince.

Nikolai Nikolaeff: It seems like the world is hunting me down. You’re up against a huge mechanism, a huge operation, a huge business in the CIA resources and it was interesting. My research led me down some really dark rabbit holes when I was preparing for this role, which is really interesting for me. I’m a really happy-go-lucky person that’s very high on life. Playing a character like this, a polar opposite to me, it took me a little while to tool down at the end of the day. When we stopped working it took me a little while to let go and shed a lot of the stuff I was embodying. In fact, the first two months was really hard on me because I wanted to do justice to the character and the first two months was particularly brutal in the subject matter that we were dealing with. I had to figure out how to really drop that load in my mind.

Can you talk about working with the cast?

Nikolai Nikolaeff: It was fantastic. I got along with the boys like a house on fire. We’re going to have a get-together soon. I really wanted to go to boot camp with them but my stuff was very separate to their stuff, to say the least. I came on maybe a week through and they had completed their boot camp. That’s a very special thing in terms of bonding. Look, I may have had a bit of jealousy because of that but we definitely made up for it as the series progressed. It was very cool to see how much love they had for each other and then for them to be so embracing of the new cast that came in. It’s just such a well-oiled machine.

Did wardrobe let you keep that sweet tracksuit type of thing that you wore in episode two? [Laughing]

What can you say about what fans can expect from season two of Six?

Nikolai Nikolaeff: It’s definitely bigger, which doesn’t always necessarily mean better but in this case it does. There’s ten episodes this season as opposed to the eight they had last season. It’s a very complex series that follows multiple characters. I think the audience that was a fan of the first season will be very happy to watch the new characters that come in as well as the season one characters and the demons that they struggle with on a personal front and a work front.

You’re also going to be starring in Mile 22 with Mark Wahlberg.

Nikolai Nikolaeff: I am. It’s a very cool film. That project came out of left field for me. It was really interesting. When I came on I actually had one of the best days on a set that I’ve ever had with Peter Berg, the director of the movie. We really got along like a house on fire. I really responded to the way he directs. I know some probably wouldn’t. He’s like the perfect kind of cocktail of let’s do my version but if you’ve got something bring it. We know we’ve got good stuff already that’s worthy of the film, but now let’s play—let’s do something. Just walk anywhere you want and the cameras will follow you. Being freed up like that is just a true pleasure. 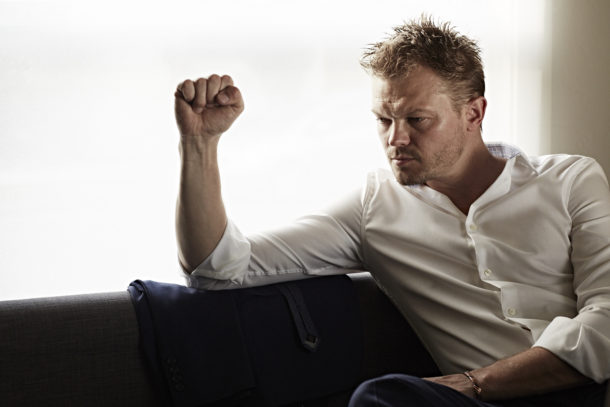 Any other projects coming up that you want to talk about?

Nikolai Nikolaeff: There is another one but I’m not really allowed to talk about it yet. [Laughing] I know that’s such a douchebag thing to say. As an actor, I get to work, play, and dance with the best on the best shows on the planet. It’s a truly kind of special feeling for me right now, to have three projects coming out this year and to be truly excited about all three of them. It’s just very cool. I recently got married as well. Personally, I feel like I’ve won the jackpot with my wife. Now, having these projects coming is very special too. It’s been many years in the making. I’ve been doing this for a bit of a while. Basically, I’m just very appreciative. I think it’s important to be appreciative. I’m not going to give a piece of mind about it too much, but it’s good and I’ve been through tough times. At the moment, I’m going through really special times and I’m just embracing them well and truly.

Australia has some amazing rock bands. Karnivool and Dead Letter Circus are a couple of my favorites that tour over here. What are your favorites? [Always asks any Aussie you meet for band recommendations. They will never let you down. The number of talented actors and musicians that Australia produces is truly remarkable.]

Nikolai Nikolaeff: Yes. We have a lane in Melbourne, really a mini cobblestone street, called AC/DC Lane. My favorite band of all time is called The Cat Empire. They are a Melbourne based band. They are kind of dubbed the happy band, but they have some quite melancholy songs as well. They are very cool guys. If you want to start a party, get some Cat Empire in. That’s hands down my favorite. I love being exposed to new music. I’ll have to look up Karnivool and Dead Letter Circus.

Australia also has some of the best animals, except the ones that can kill you. [Laughing] [I definitely don’t want to cuddle those.]

Nikolai Nikolaeff: Yeah, everyone always says that we have seven of the top ten wildlife that will kill you, but in about 99.99% of built up areas in Australia it’s not an issue. It’s kind of like saying, don’t go to California because the bears are going to get you. Will they really? [Laughing]