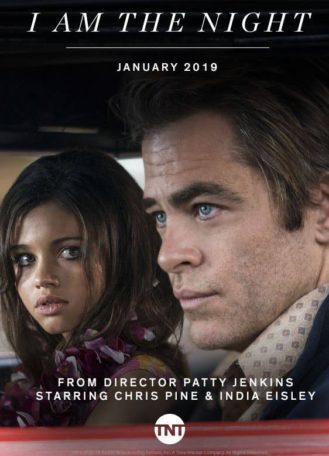 I Am the Night tells the incredible story of Fauna Hodel (Eisley) who was given away at birth. As Fauna begins to investigate the secrets to her past, she follows a sinister trail that swirls ever closer to an infamous Hollywood gynecologist, Dr. George Hodel (Mays), a man involved in the darkest Hollywood debauchery. Pine plays Jay Singletary, a former Marine-turned-hack-reporter/paparazzo.

Sam Sheridan, author of A Fighter’s Heart and The Disaster Diaries, wrote five of the six episodes, inspired by the life of Fauna Hodel. The series is produced by Turner’s Studio T, with Jenkins, Anonymous Content and Sugar23’s Michael Sugar (13 Reasons Why, Spotlight), Pine, Sheridan and Carl Franklin, (House of Cards, Homeland) serving as executive producers, with Franklin also directing two episodes.