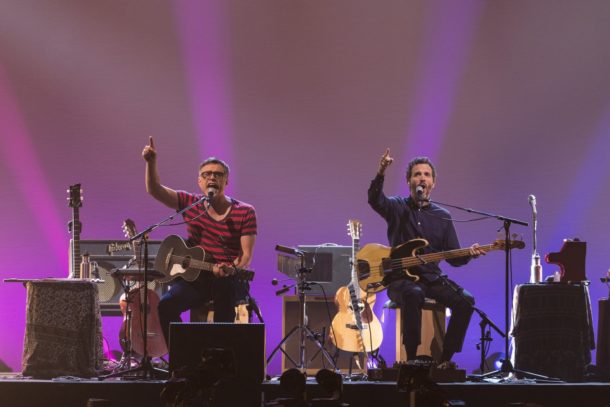 FLIGHT OF THE CONCHORDS: LIVE AT THE LONDON APOLLO will debut SATURDAY, OCT. 6 at 10:00 p.m. (ET/PT), exclusively on HBO. Taped before a sold-out audience at the Eventim Apollo in London, musical comedians Bret McKenzie and Jemaine Clement return to HBO to perform their classics and new original songs from their “Flight of the Conchords Sing Flight of the Conchords Tour.” The comedy special is directed by Hamish Hamilton; executive producers are Jemaine Clement, Bret McKenzie and Mike Martinovich.
A video message from Bret and Jemaine:

FLIGHT OF THE CONCHORDS (Photo Credit: Colin Hutton/Courtesy of HBO)