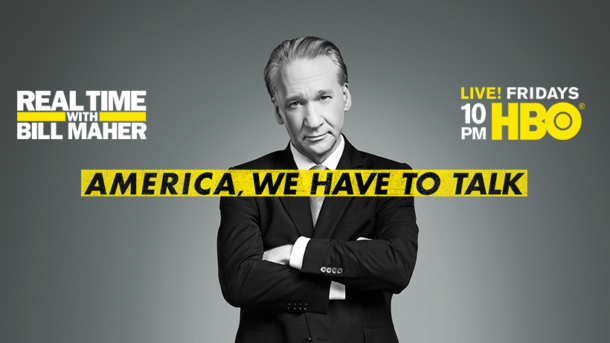 CELEBRATING 15 YEARS OF “REAL TIME” AND 25 YEARS OF THE

The special will also be available on HBO NOW, HBO GO, HBO On Demand and partners’ streaming platforms.

REAL TIME WITH BILL MAHER: ANNIVERSARY SPECIAL looks back at highlights of Maher’s irreverent run on TV, featuring archival footage from both “Real Time with Bill Maher” and “Politically Incorrect,” as well as appearances by such notables as Salman Rushdie, Maureen Dowd, Billy Crystal, Larry David, Martin Short, Woody Harrelson and Barbra Streisand, among others, who offer observations on what has contributed to his success over the years and what continues to set him apart.

“Real Time with Bill Maher” allows Maher to offer his unique perspective on contemporary issues, and features an opening monologue, roundtable discussions with panelists and interviews with guests, capped off by his iconic “New Rules.” Maher headlined his first special on the network in 1989 and has starred in 11 HBO solo specials to date, including the recent “Bill Maher Live from Oklahoma.”