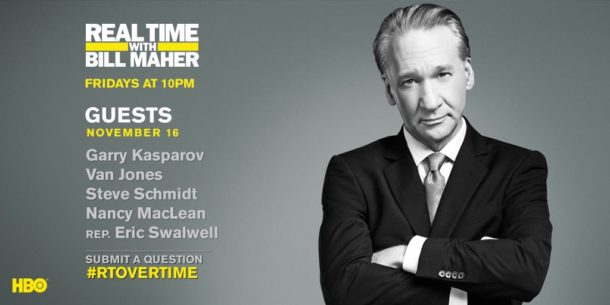 REAL TIME WITH BILL MAHER will return for its 17th season next year and has been renewed through 2020.