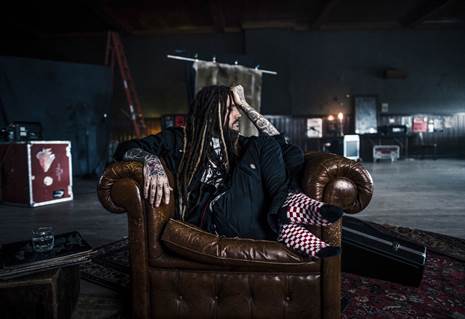 Brian “Head” Welch was an early ‘90s rock pioneer with his band Korn, giving a voice and identity to a generation of misfits. In KORN’S BRIAN “HEAD” WELCH: LOUD KRAZY LOVE, directors Trey Hill and Scott Mayo retrace the harrowing journey Welch faced after the birth of his daughter Jennea, when he walked away from career success to clean up his act to father his daughter in the only way he found acceptable. Far beyond a rock doc, this transformative coming-of-age story grapples with teenage depression, the quest for identity and the hope of a father willing to do anything for the one he loves.

JEFF BECK: STILL ON THE RUN, directed by Matthew Longfellow,follows the English rock guitarist from his earliest days learning to strum on homemade guitars in Wallington, Surrey, to his teenage friendship with Jimmy Page and mastering his craft with guitar legends that influenced his incredible career.

AGNOSTIC FRONT: GODFATHERS OF HARDCORE traces the roots of the band that pioneered and defined New York Hardcore (NYHC). Directed by Ian McFarland, the film follows Roger Miret and Vinnie Stigma, called the lynchpins of hardcore punk movement, 30 years into their careers as they remain the very embodiment of hardcore, representing endurance, perseverance, brotherhood, strength against oppression and the will to keep going, obstacles be damned.

GG ALLIN: ALL IN THE FAMILY explores the life of GG Allin, the controversial rock singer whose outrageous onstage antics shocked the world. The story follows his impoverished childhood ruled by a tyrannical father to an adult life marked by drugs, violence and prison. Director Sami Saif creates an intimacy with viewers as the film explores how Allin’s mother Arleta and brother Merle are still dealing with grief, and examines Allin’s lasting influence on his fans.