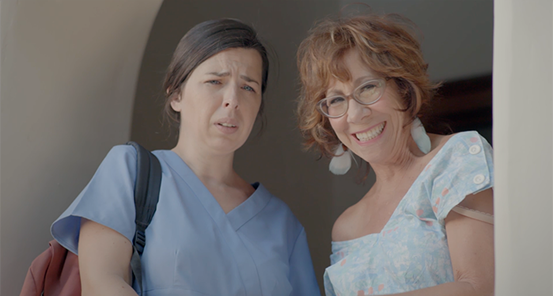 STUCK, a new ensemble comedy directed by veteran actress Jillian Armenante (Fresh Off The Boat, Judging Amy) that stars Heather Matarazzo (THE PRINCESS DIARIES, WELCOME TO THE DOLLHOUSE), Felicia Day, Joel McHale (Community, The Soup), Kate Flannery (The Office), Mindy Sterling (AUSTIN POWERS), Chris Redd (Saturday Night Live), Paul Sheer (Fresh Off The Boat, The League), and many more, is out now. Darby finds herself in trouble with the law, and is sentenced to house arrest. Now she must serve 30 days in the home she used to share with her ex-boyfriend, that he now shares with his new fiancée.