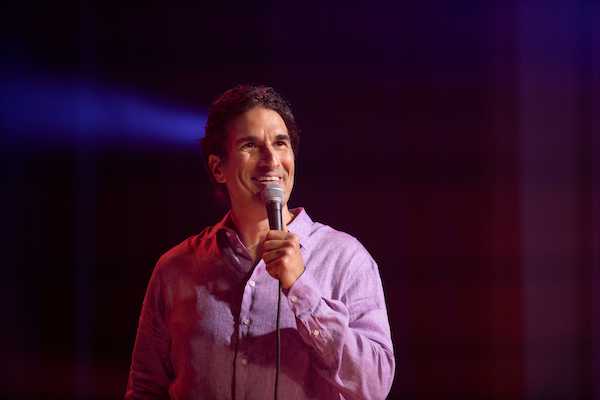 The special will also be available on HBO On Demand, HBO NOW, HBO GO and partners’ streaming platforms.

Premiering on the eve of Mental Illness Awareness Week, comic and actor Gary Gulman launches a 75-minute HBO comedy special, featuring Gulman speaking about mental health issues in a way that is both entertaining and poignant, mixed with short documentary interludes that provide insight into the comedian’s own mental health journey. Tackling the difficult subject of depression and aiming to destigmatize an issue that affects countless lives through his relatable comedy, Gulman shares that he spent years trying to hide his depression from those closest to him, and details the extensive and sometimes radical treatments he’s undertaken in his journey of getting well. By talking about his mental health struggles, he hopes to help others feel more comfortable, less afraid and most importantly, less alone.

Gulman also offers his hilarious observations on a number of other topics, including: his admiration for Millennial attitudes toward bullying, masculinity and sports; his love for basketball and why he tried to avoid playing football in high school; menacing TV news theme songs; and how his mother’s voice is always in his head. The special was taped on June 22 at the Roulette Intermedium in Brooklyn.

Gary Gulman is a two-time finalist on “Last Comic Standing.” His breakout one-hour special “Gary Gulman: Boyish Man” debuted in 2006, followed by “Gary Gulman: In This Economy?” in 2012 and “Gary Gulman: It’s About Time” in 2016. His previous HBO credits include “2 Dope Queens,” “Crashing” and “Tourgasm” and he is soon to be seen in the upcoming film “Joker.” Gary marked his 20th anniversary in stand-up with the It’s About Time Tour, selling out theaters across the country.