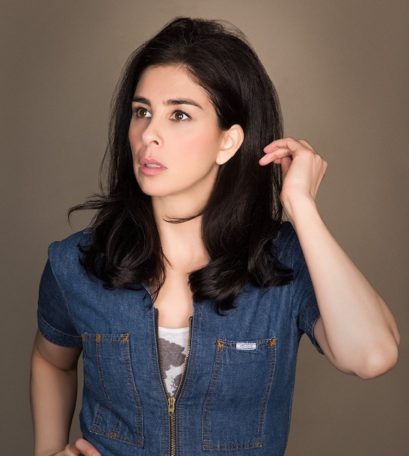 Silverman describes her proposed late-night series as “weighing in on the mishigas of the week and taking live video calls.”

“I’m as passionate talking about my face-washing routine as I am talking about why billionaires cost us money,” says Silverman. “Nothing’s off the table and nothing’s too high or low brow for me. I mean – look at my face – I’m literally all brow.”

“Sarah is truly a comedic force of nature and we’re so happy to have her back on HBO,” said Rosenstein.

Most recently, Silverman served as creator, executive producer and host of the Emmy®-nominated Hulu talk series “I Love You, America” and she is currently in production on the Universal comedy “Marry Me.” She is also adapting her best-selling memoir, “The Bedwetter: Stories of Courage, Redemption, and Pee,” into a musical that will debut in 2020. Her latest standup-comedy special, “A Speck of Dust,” garnered two Emmy® nominations and a Grammy nomination. Her other television and film work includes “Masters of Sex,” “Bob’s Burgers,” “Battle of the Sexes,” “I Smile Back” and the “Wreck It Ralph” movies.

Previously, Silverman appeared in the HBO comedies “Mr. Show with Bob and David” and “The Larry Sanders Show.”

Sarah Silverman, Judd Apatow and Amy Zvi serve as executive producers on the pilot for the series. Additional credits for the pilot and the stand-up special will be announced soon.