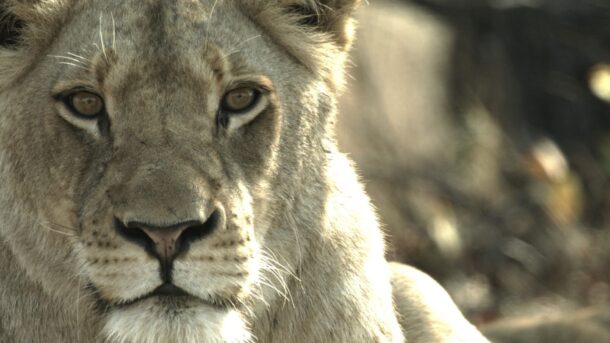 MALIKA THE LION QUEEN, a new two-hour wildlife documentary based on the lionesses of a powerful pride in South Africa’s Kruger National Park, will air this Easter, Sunday, April 4 (8:00-10:00 PM ET/PT) on FOX, it was announced today by Rob Wade, President, Alternative Entertainment and Specials, FOX Entertainment. The special is produced by Plimsoll Productions and will be narrated by Golden Globe winner and Academy Award nominee Angela Bassett (9-1-1). Beginning April 18, the special will be available on FOX’s free streaming platform, Tubi.

The special takes viewers through the exhilarating and harrowing life of Malika. This untold story of the lioness’s experience is an educational exploration about the true queens and leaders in the lion kingdom. It is a stunning masterpiece of visual storytelling and offers a uniquely personal insight into one of the most powerful animals to walk the earth today.

“We’ve long been exploring premium wildlife specials that present an entirely new world full of emotional and aspirational stories that appeal to all viewers. In MALIKA THE LION QUEEN, we’ve found everything we were seeking,” said Wade.  “With Angela Bassett guiding viewers along with her hallmark grace and gravitas, coupled with mesmerizing footage captured by the Plimsoll team, MALIKA THE LION QUEEN is perfect evening entertainment for the whole family.”

Angela Bassett currently stars in and serves as executive producer on the network’s hit procedural drama, 9-1-1.  For her portrayal of “Athena Grant” on the series, she was recently nominated for Outstanding Actress in a Drama Series at the upcoming 2021 NAACP Image Awards.  Bassett was awarded the 2020 NAACP Image Award in the same category and also was nominated for Entertainer of the Year. Earlier this year, at the inaugural Critics Choice Super Awards, Bassett was named Best Actress in an Action Series. Since 2019, Bassett has received her fifth, sixth and seventh career Emmy Award nominations, including two in the category of Outstanding Narrator, for her work on the documentaries “The Flood” (2019) and “The Imagineering Story” (2020); and a nomination for Outstanding Guest Actress in a Comedy Series

for “A Black Lady Sketch Show” (2020). Bassett garnered critical acclaim, a Golden Globe Award win and an Academy Award nomination for Best Actress for her portrayal of legendary singer Tina Turner in the feature film “What’s Love Got To Do With It.” More recently, Bassett has co-starred in the blockbuster films “Mission: Impossible – Fallout” and “Black Panther.” Bassett will next be seen on the big screen in the action-adventure film “Gunpowder Milkshake.”