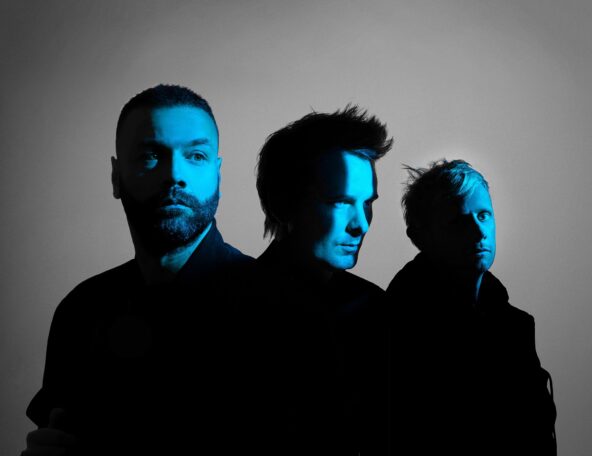 GRAMMY Award-winning English rock band Muse returns with brand new song, “Won’t Stand Down,” out today via Warner Records. Produced by Muse and mixed by Dan Lancaster (Bring Me The Horizon), “Won’t Stand Down” is an arena-ready anthem of controlled chaos, with heavy guitars and industrial-like distortions amplifying Bellamy’s striking lyrics about taking one’s power back.

“Won’t Stand Down is a song about standing your ground against bullies, whether that be on the playground, at work or anywhere,” says Matt Bellamy. “Protecting yourself from coercion and sociopathic manipulation and to face adversity with strength, confidence and aggression.”
Today, the band also shared the video for the song. Directed by award winning filmmaker Jared Hogan (girl in red, Joji) and shot in Kyiv, Ukraine, the visual features a fragile, mysterious figure that siphons the collective energy of a dark army in order to transmute into an augmented being.