Season 3 of Hannibal will be available on Blu-ray and DVD on 12/8. Make sure you pick up your copy of this phenomenal series. In Hannibal Season 3, Hannibal (Mads Mikkelsen) is on the run in Europe — accompanied by his psychiatrist, Bedelia Du Maurier (Gillian Anderson) — sporting a new […] 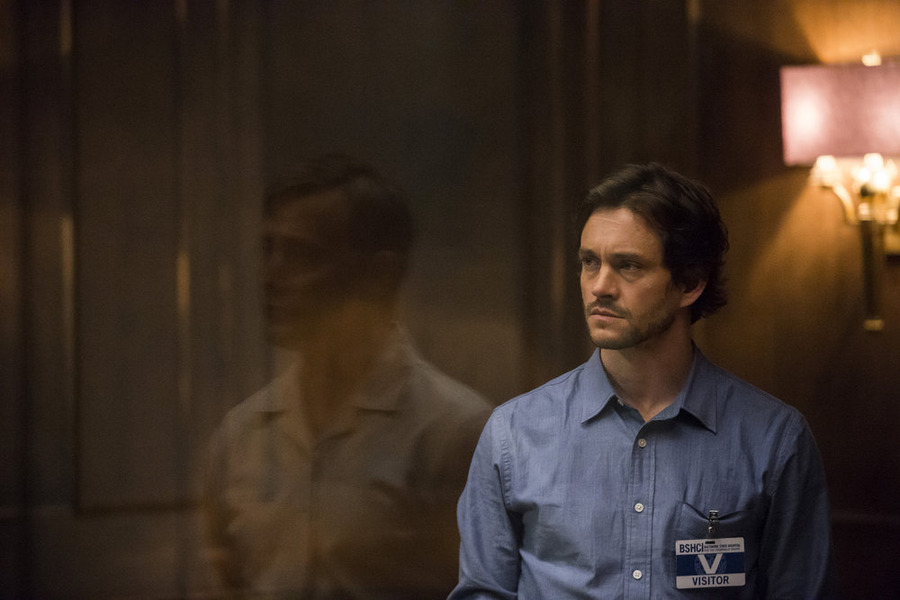 On Saturday, don’t miss the series finale of Hannibal at 10/9c where Will hatches a cunning plot to slay Francis Dolarhyde, using Hannibal Lecter in his ploy, and Bedelia voices concern about the perilous plan as Will continues his game with Hannibal. Post Mortem: Episode 313 (Digital Exclusive) – Actors […] 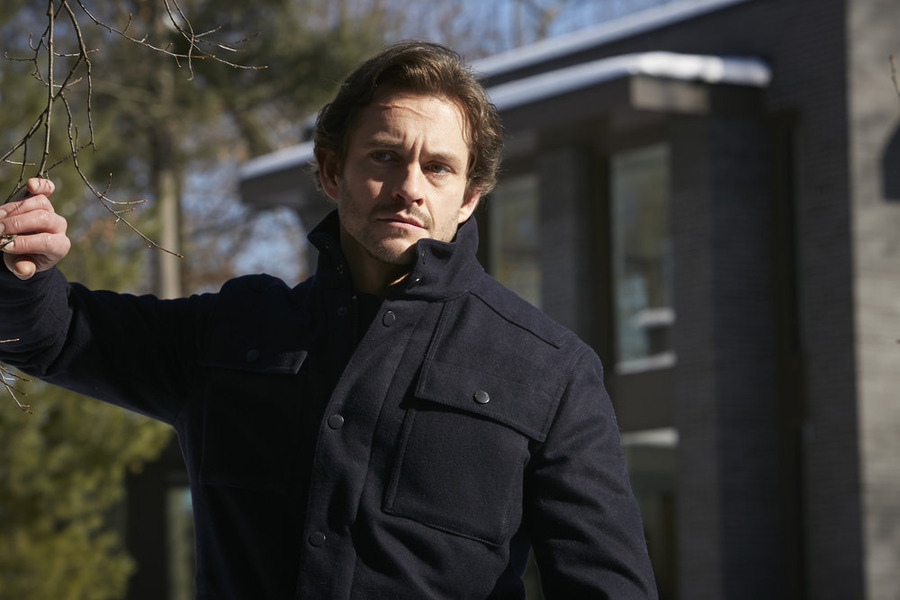 Saturday at 10/9c on NBC, catch an all-new episode of Hannibal as the search for serial killer Francis Dolarhyde heats up as Will delves into dangerous territory. Alana cautions Will against getting too close to Hannibal on a Saturday’s new episode, 10/9c on NBC. https://youtu.be/FHgkGldJfdY 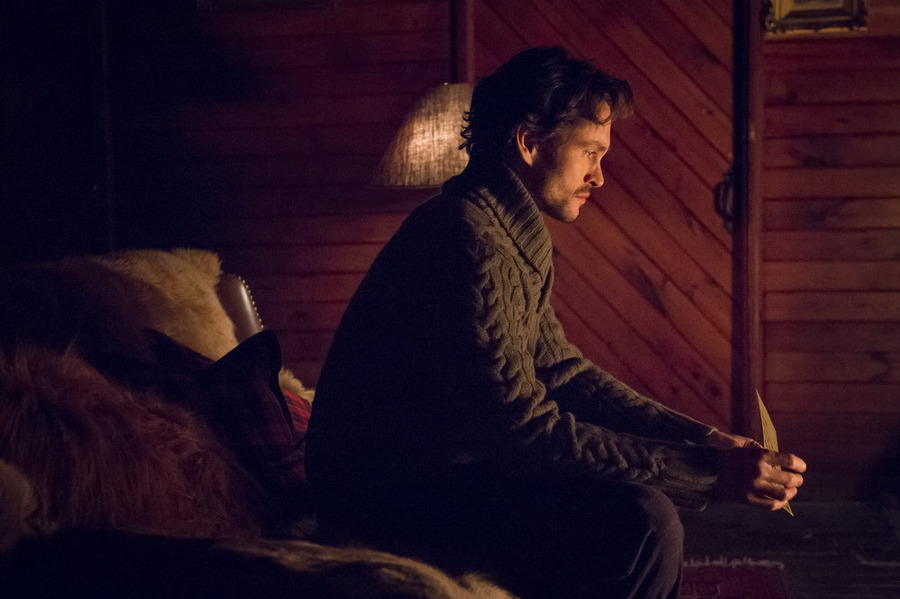 Saturday on NBC, catch a new Hannibal at 10/9c when Hannibal has been imprisoned for three years at the Baltimore State Hospital when a new villain emerges in one Francis Dolarhyde, and Jack reaches out to Will to help him track down the brutal serial killer. Next: Behold the Red […] Tonight at 10/9c on NBC, watch an all-new episode of Hannibal. How could NBC cancel this phenomenal series? I really hope that another network picks it up. Vengeance Is Coming (Preview) Alana, Dr. Chilton and Mason Verger are ready to get their revenge against Hannibal on Thursday’s all-new episode, 10/9c […] 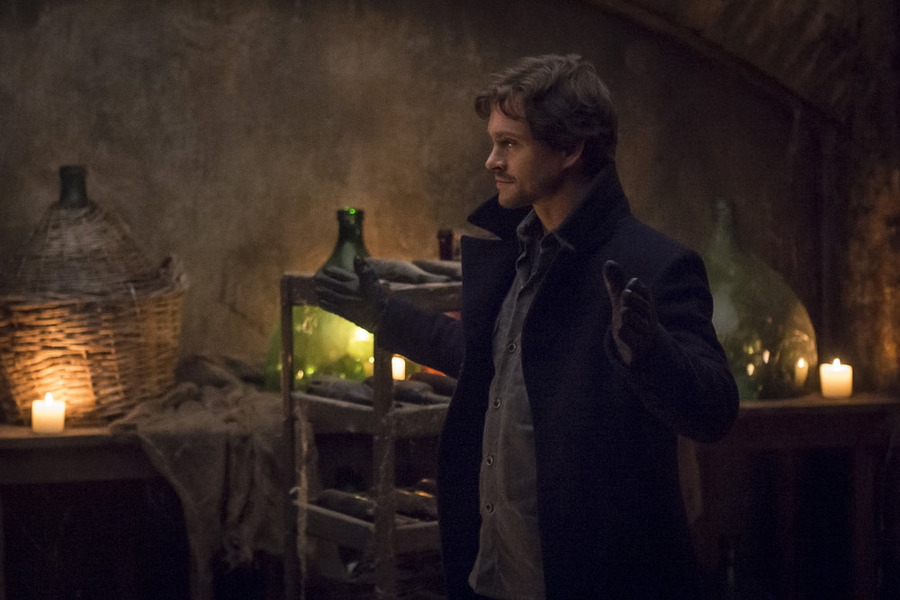 Tonight’s episode of Hannibal is my favorite so far this season. It really sets things in motion and features a very startling occurrence. Hannibal is a series that you just watch in complete wonderment. There is really nothing like it on television. Hannibal will nourish all of your senses. You […] 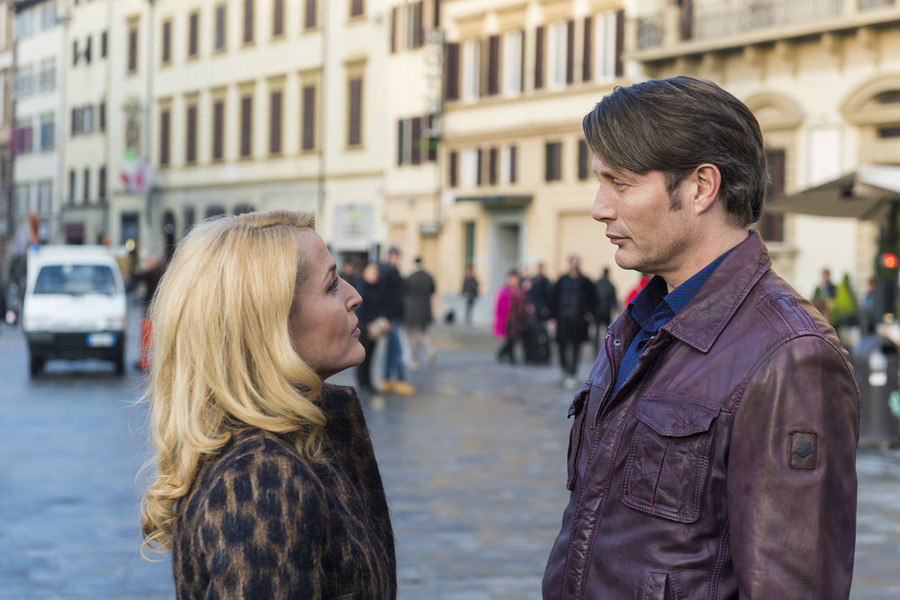 Tonight at 10/9c on NBC, watch an all-new episode of Hannibal where Will gains a potential ally in his continuing hunt for Hannibal when he makes his way to Hannibal’s childhood home in Lithuania. Coming Up: Will Gets Closer (Preview) Will travels to Hannibal’s family home and meets a woman […] It’s finally here! The season three premiere of Hannibal airs tonight on NBC. This show is perfection in every single way. It’s exactly what television should be and so rarely is. Every episode is a visually stunning and uniquely entertaining masterpiece. Prepare yourselves for tonight’s journey. Once upon a time… […] If you’re craving some Hannibal news, you’re in luck! We have a brand new trailer for season three available, which you can check out below. Hannibal Season 3 Trailer Sneak a peek at the upcoming season of Hannibal, returning this summer to NBC. http://youtu.be/9kN7fhWnhdM?list=PLSZ-7zGEZ6sDaLbGunAvrmgTU0GEDj6hp 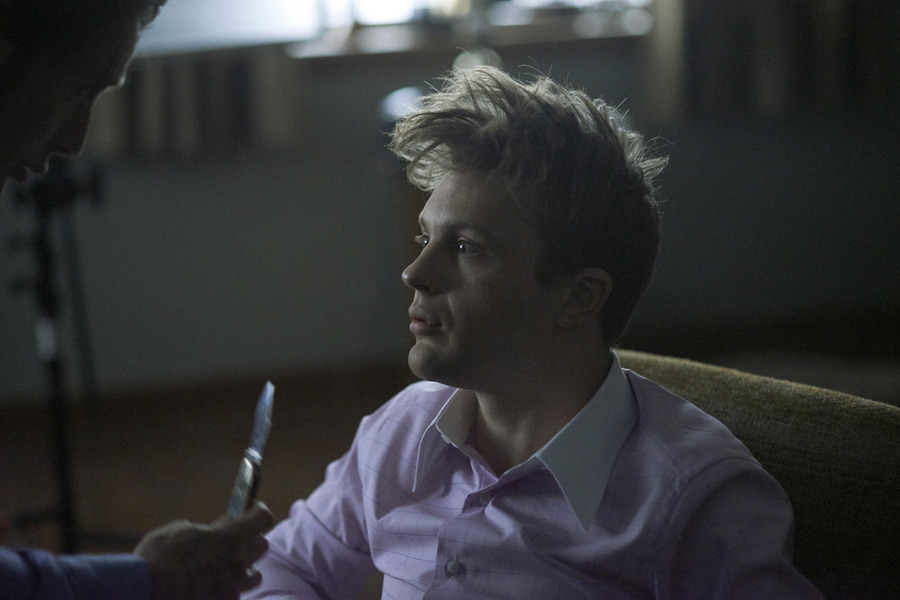 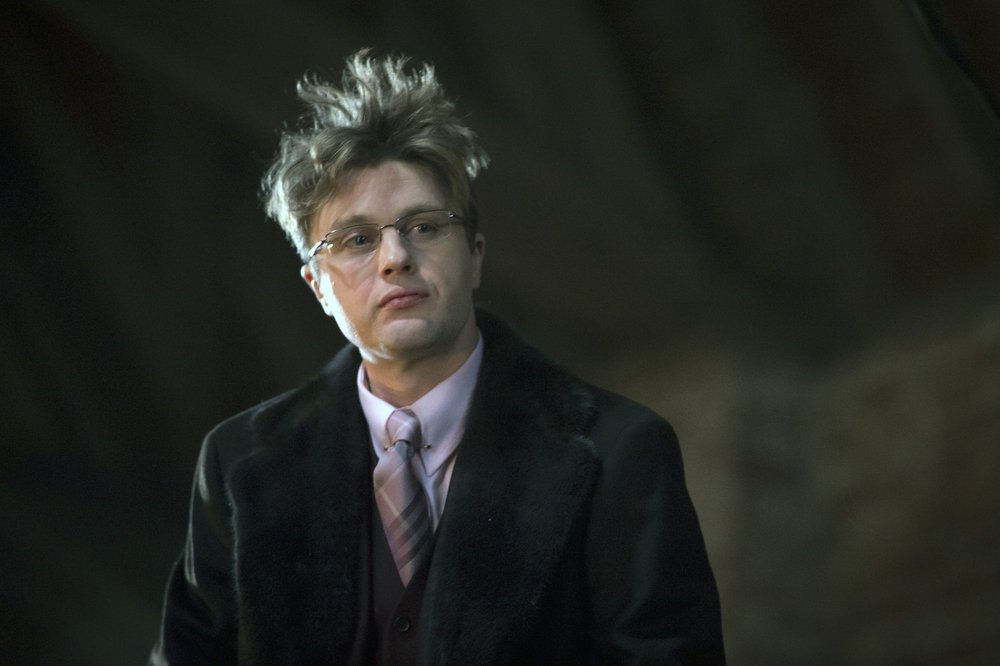 ‘Hannibal’ has been renewed – Watch a preview of tonight’s episode

May 9, 2014 by Lena Lamoray Comments are Disabled 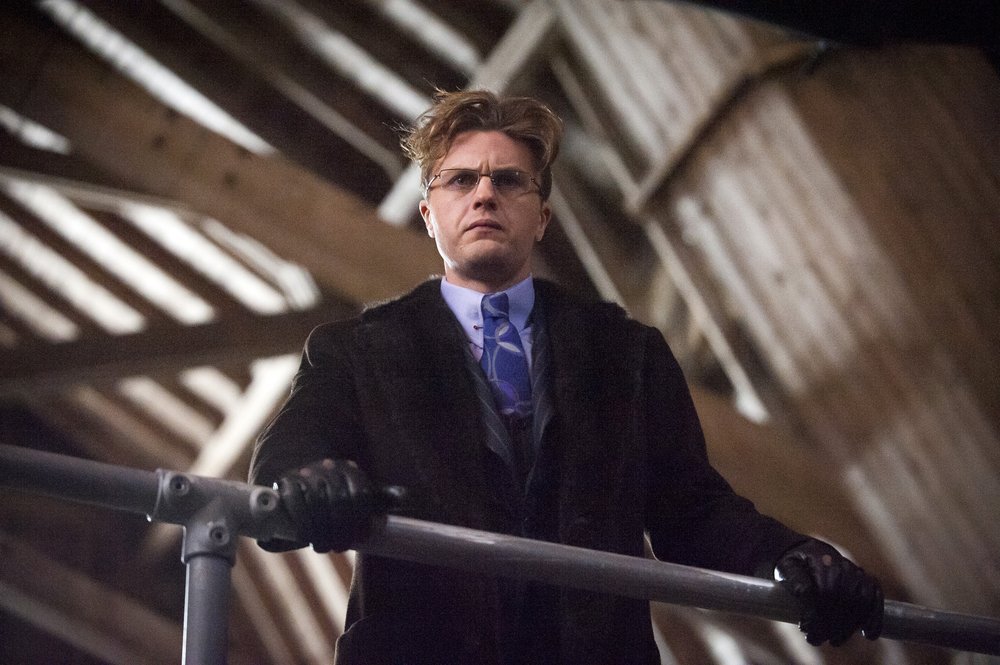 May 2, 2014 by Lena Lamoray Comments are Disabled

Tonight at 9/8c, see for yourself why there’s nothing more dangerous than a Grimm in training. Then, if you can’t beat Hannibal, join him as you follow Will’s journey into darkness at 10/9c. You are not going to want to miss Michael Pitt in tonight’s episode of Hannibal. I’ve been […] 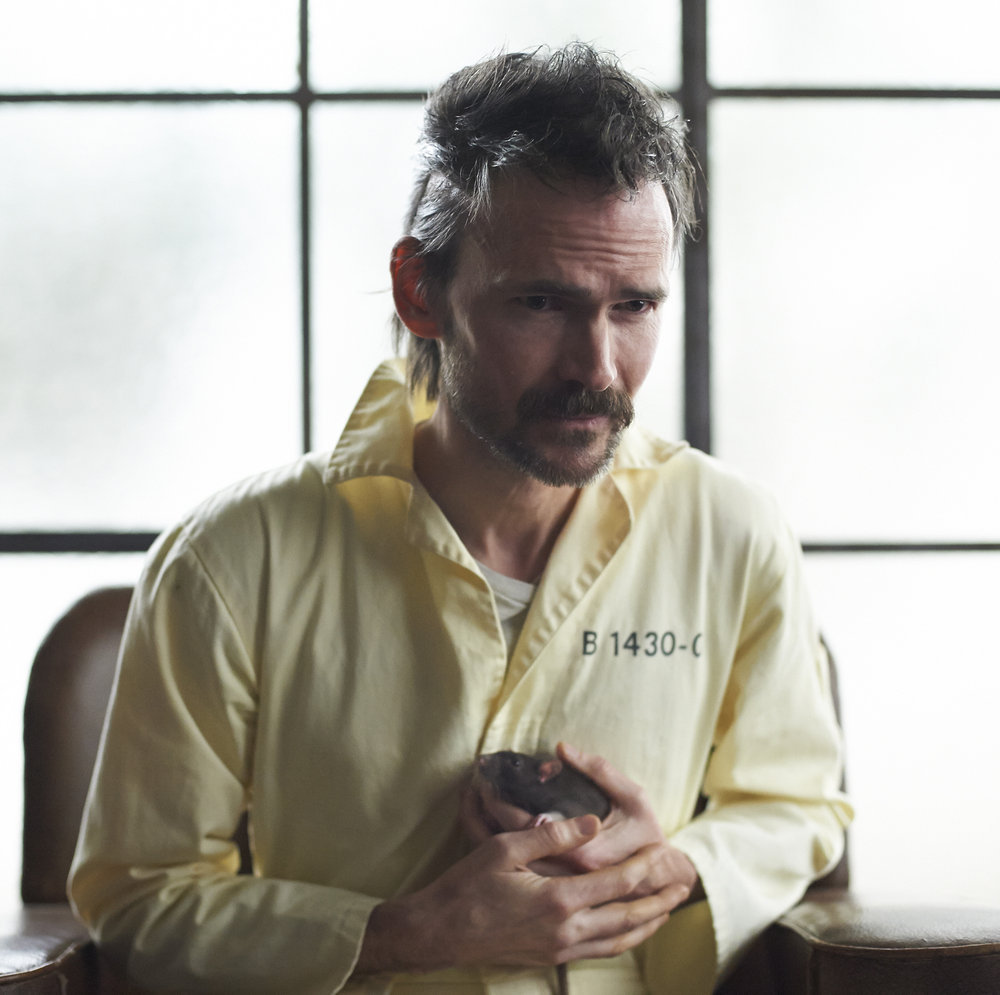 Tonight on NBC, there’s another Grimm in town at 9/8c and all we can say is, #HereComesTrubel. Then, save room for a new episode of Hannibal at 10/9c. Jeremy Davies from Justified is back tonight. He was incredible in last week’s episode. Chasing Trubel – On the next Grimm, Nick […] Tonight, the royals are taking the fight to Portland on Grimm at 9/8c, and Will is finally set free on Hannibal at 10/9c. The Law of Sacrifice Sneak a peek at the next Grimm, Friday at 9/8c on NBC. Yakimono Out of the asylum, Will is unbound and determined to […] 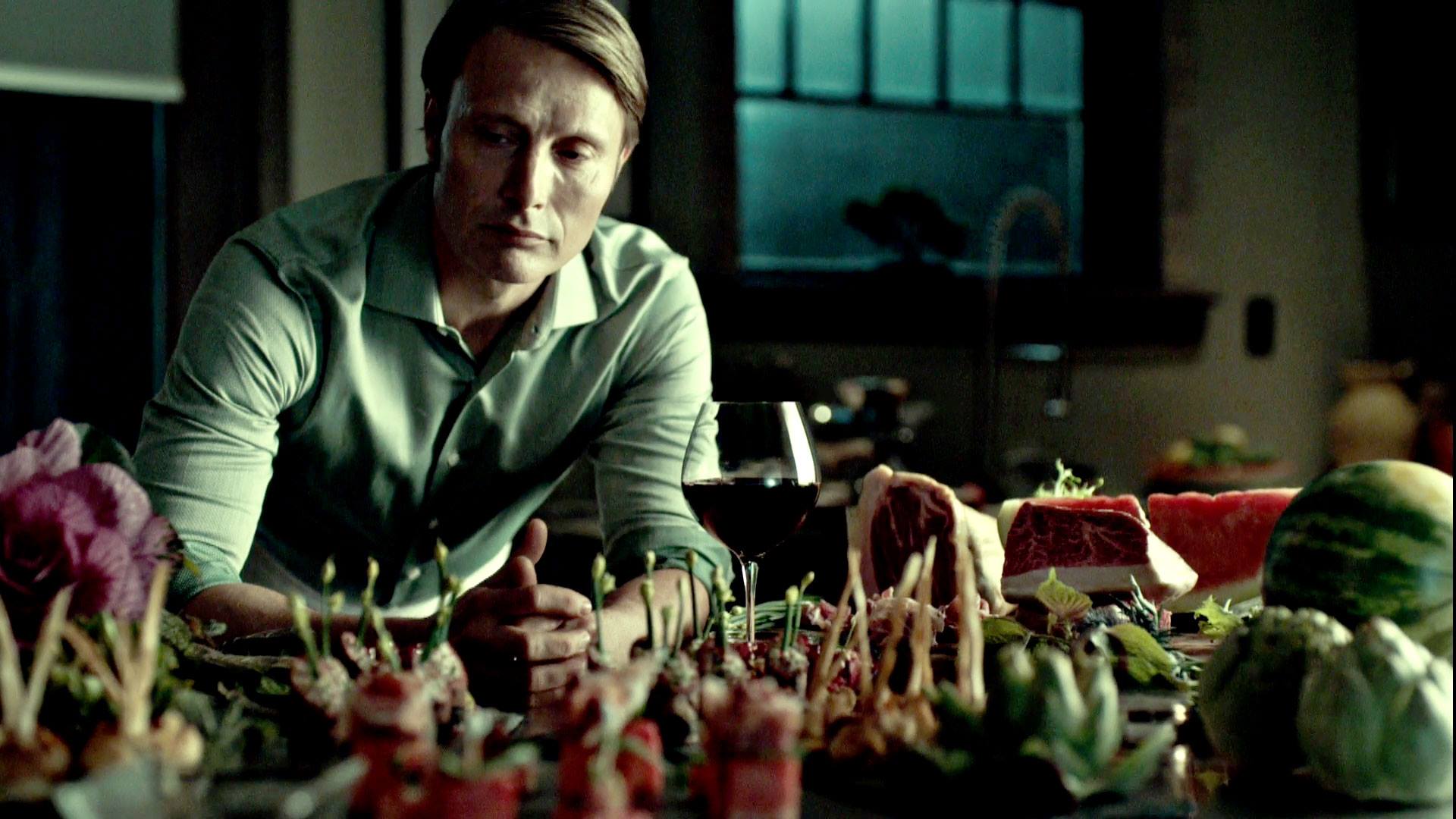 Prepare for the mother of all Grimm episodes tonight at 9/8c before you dig in to a new Hannibal at 10/9c. A Visit from Mom Nick gets an unexpected visit from his mother. Futamono Jack Crawford’s suspicions about Hannibal reach a boiling point. Get a look at Friday’s all-new episode, […]

Feast on a fresh hors d’oeuvre below before a new Hannibal tonight at 10/9c. This season of Hannibal has been splendid. I’m looking forward to tonight’s episode. Hannibal – Mokozuke (Preview) Sneak a peek at the next Hannibal, Friday at 10/9c on NBC. Check out Lena Dunham from Girls, Hannibal’s Hugh Dancy and musical guest Foster the People on The Tonight Show Starring Jimmy Fallon. Don’t miss Rake‘s Greg Kinnear and Emilia Clarke from Game of Thrones tonight. Pyramid with Lena Dunham and Hugh Dancy Jimmy and Questlove team up to compete against […] Don’t miss new episodes of Hannibal and Grimm tonight as Will’s trial takes a murderous twist, and Hank and Nick investigate an ancient Egyptian Wesen. A Scientific Breakthrough (Preview) – An archaeologist unearths the most important scientific discovery in human history, but the Wesen Council is determined to put a […]

Season 2 of Hannibal premieres on Friday, February 28 at 10/9c on NBC.  The first season of Hannibal was brilliant in every aspect.  I’m thrilled that NBC decided to bring this phenomenal series back.  I can’t wait.  I hope you loved the first season as much as I did. I’m […] 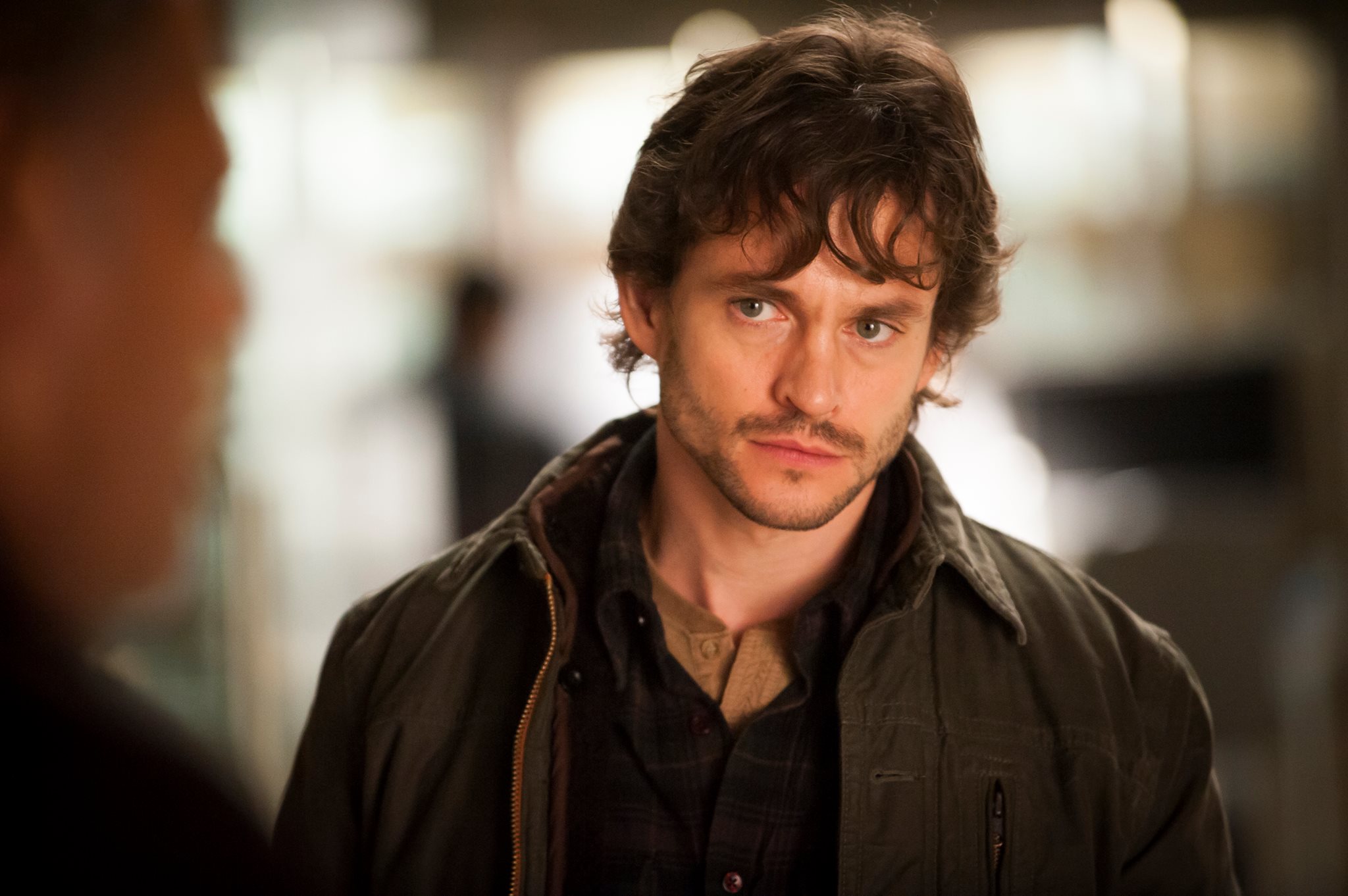 With the 2nd season of Hannibal having just been picked-up by NBC, Katie O’Connell, CEO of Gaumont International Television, announced today that the company will be attending the upcoming Comic Con Convention in San Diego, CA and will be hosting a Hannibal-themed panel on Thursday, July 18th from 6:45pm – 7:45pm in Room 6A.   […] Still in shock from last night’s Hannibal finale? Check out the heart-stopping highlight below. See – After months of investigation and now a fugitive himself, Will realizes he isn’t the copycat killer… Hannibal is.

Will a Killer? With just two episodes remaining, Will finds himself under serious suspicion. Hannibal’s manipulations have Jack suspecting that Will is a copycat serial killer. May 30, 2013 by Lena Lamoray Comments are Disabled May 23, 2013 by Lena Lamoray Comments are Disabled

The Edge of Sanity Will’s fears appear to be coming true. Abigail’s Bad Idea Hannibal and Will have concerns when it comes to Abigail’s book on Hannibal, Thursday at 10/9c on NBC. May 9, 2013 by Lena Lamoray Comments are Disabled

Sorbet Preview – Will and Jack hunt a ruthless serial killer who harvests the organs of his victims. Gillian Anderson guest stars. 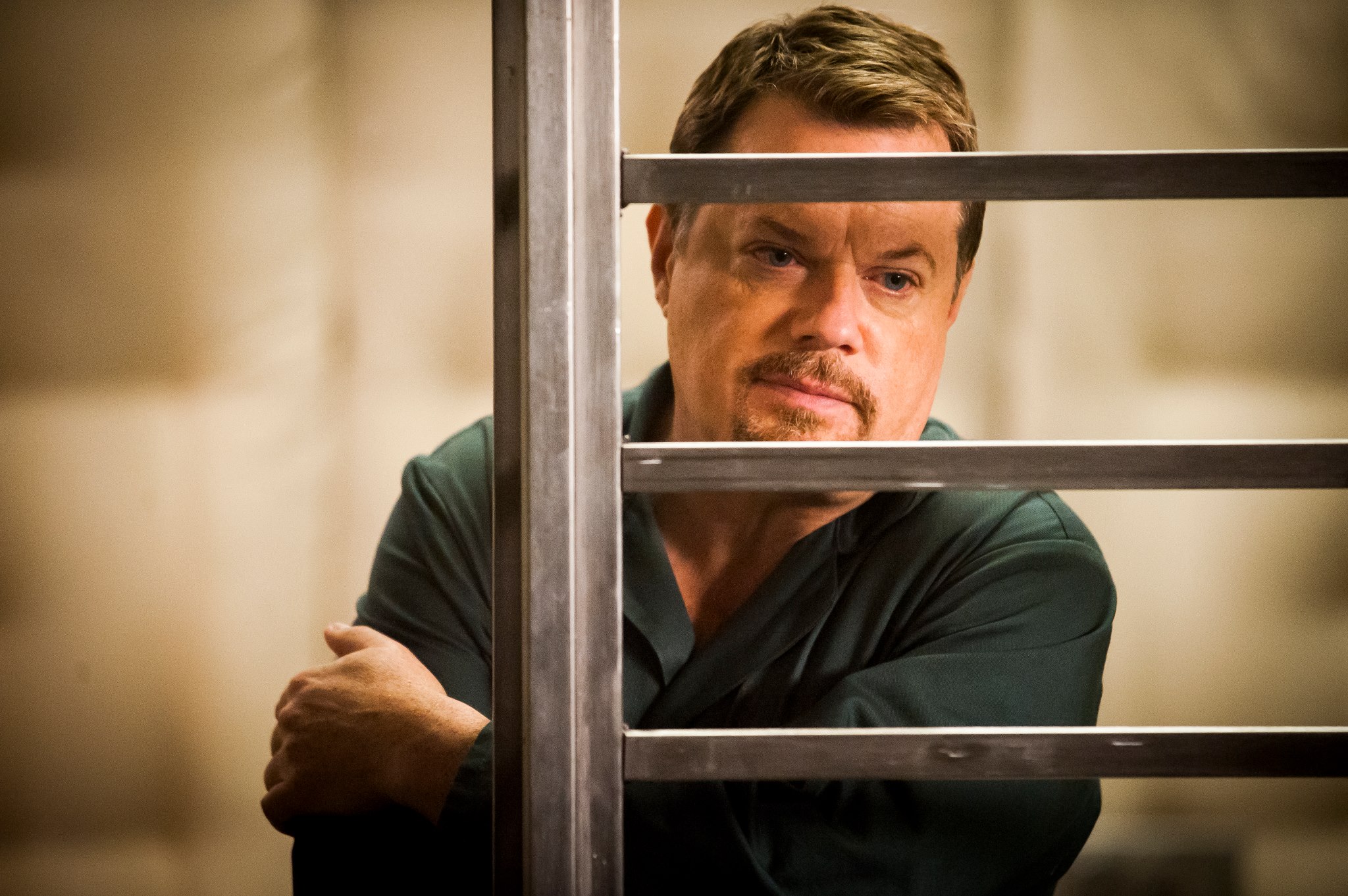 May 2, 2013 by Lena Lamoray Comments are Disabled

Who is the Chesapeake Ripper?  Tonight on Hannibal you will meet Dr. Gideon, played by the glorious Eddie Izzard. When an opportunity arises it is acted upon with dire consequences.  I can’t help but praise Eddie for putting his own spin on Dr. Gideon.  No matter what role he takes […]

May 1, 2013 by Lena Lamoray Comments are Disabled

Eddie Izzard guest stars as a man who may be responsible for a series of horrendous murders. Entree Preview Last week’s premiere of Hannibal was only the beginning of what this intriguing series has in store for us.  Tonight’s episode is one of the most terrifying, yet visually stunning, episodes that I have seen so far.  The magnificent visual elements of this series can’t be praised enough.  When so […] Hannibal premieres tonight on NBC.  My initial thoughts regarding Hannibal was that it was either going to be extraordinary or dreadful.  It’s not a middle-of-the-road type of series.  I’m happy to report that the series was done properly and is, in fact, spectacular.  It starts out strong and five episodes […]