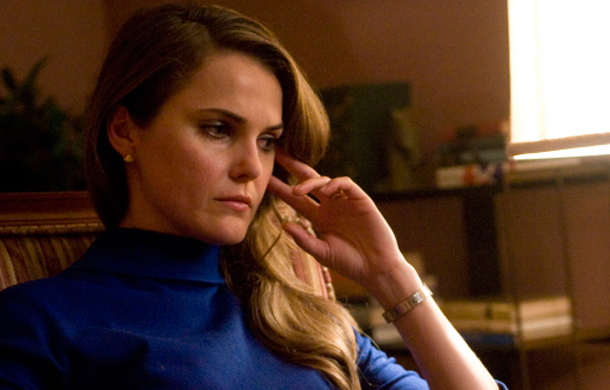 The Americans is a period drama about the complex marriage of two KGB spies posing as Americans in suburban Washington D.C. shortly after Ronald Reagan is elected President. The arranged marriage of Philip and Elizabeth Jennings grows more passionate and genuine by the day, but is constantly tested by the escalation of the Cold War. Tensions heighten upon the arrival of a new neighbor, Stan Beeman, an FBI agent. Written by Joe Weisberg; directed by Gavin O’Connor.